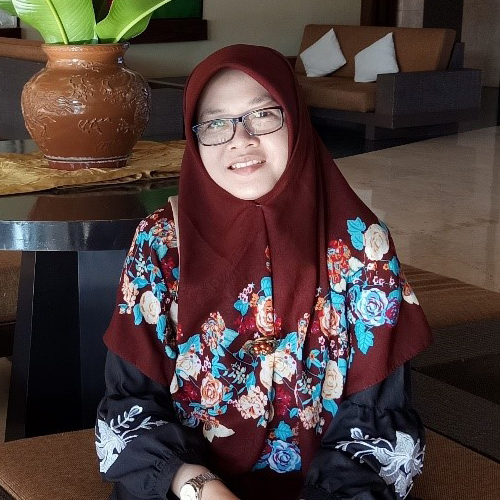 Prior to joining Universitas Brawijaya, Dr. Suhartini was a research assistant in bioenergy at the Center of Resilient Environment at Birmingham City University (BCU) from August 2014 until January 2017 under the mentorship of Prof. Lynsey Melville. During this period, she was involved in several international projects working with a multi- and trans-disciplinary team, such as the BioenNW Interreg IVB Project in 2014-2016 on supporting Decision Support Tools (DST) for evaluating the potential of local bioenergy project. Prior to that, she was involved in an industrial consultation on enhancing biogas production from thickened waste activated sludge (TWAS) using ultrasonic pre-treatment from 2015 until 2017.

Upon her return to Indonesia in February 2017, Dr. Suhartini has been actively involved in education (teaching), research and community engagement programs. Her current research focuses on circular economy include biomass valorisation (i.e., organic waste and macroalgae) using AD technology, waste management and treatment, CEN footprint, and biomass characteristics and its energy potential. She is the principle investigator for several international projects: (1) Newton Fund Institutional Link on sustainable macroalgae valorization; (2) The Royal Academy of Engineering on developing integrated textile wastewater treatment technology; and (3) research activity on energy potential evaluation from agro-industrial waste. She is also involved in several national research projects, among others, on improving biogas production from EFOB through biological pre-treatment, and biogas production from organic waste (i.e., food waste, chicken manure).

Dr. Suhartini is also an active member in professional organisations such as the Sustainable Bioresources Waste Technology and Bioeconomy research group, the Organisation for Women in Science for the Developing World, and the International Waste Association. Dr. Suhartini obtained her Doctoral Degree in Civil Engineering and the Environment from the University of Southampton (UoS) in the United Kingdom in 2014, where she focused on anaerobic digestion (AD) of sugar beet pulp and on carbon, energy and nutrient (CEN) footprint studies.